Your perks for the Origins III campaign have been officially shipped out! WOOHOO! 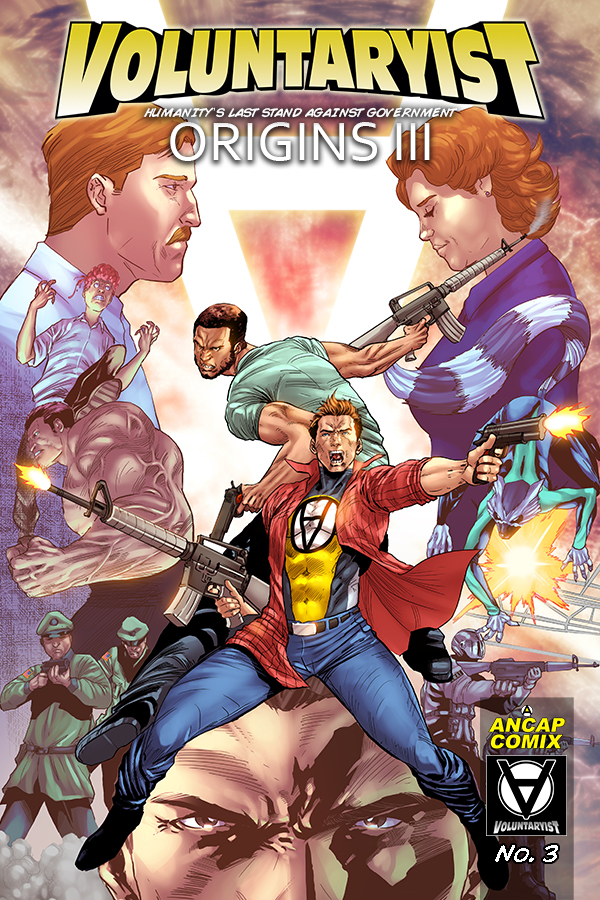 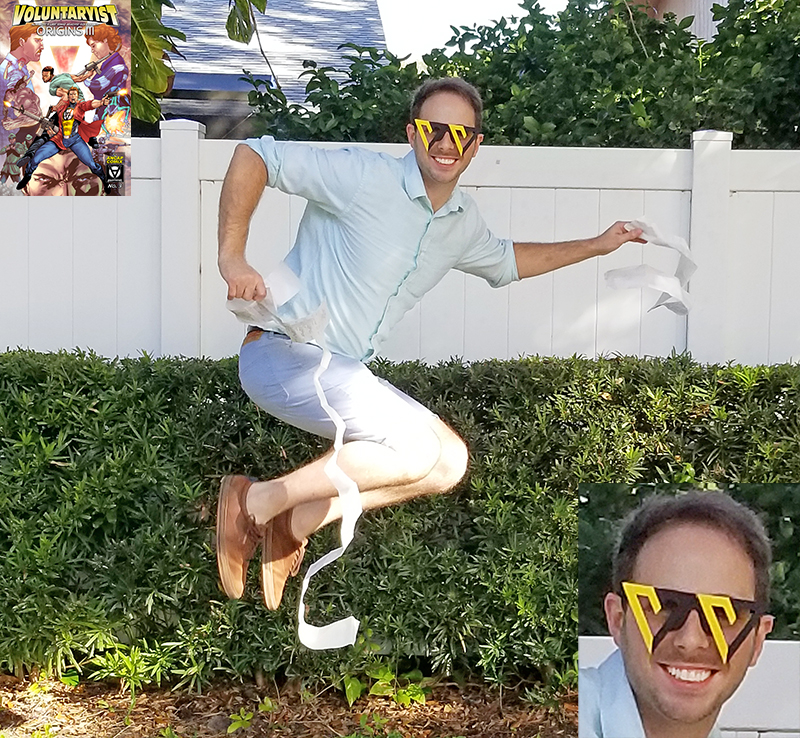 (Me riding off with shipping records longer than a CVS receipt!)

Most of you state-side should see them in your mailbox within 1-2 weeks tops. International backers should see their perk packs within 3-4 weeks.

If you do not see your perk package within a month, please don’t hesitate to contact me for tracking.

When you get your packages, I would love it if you shared a celebratory post with your Voluntaryist goodies! Feel free to tag me at http://facebook.com/volcomics as I’d love to share it and celebrate with you!

If you didn’t get a physical copy of the comic, but would like to get one, you now can!

Print-on-demand copies of Origins III (and the other issues) are available at IndyPlanet.

You can order Origins III here: http://www.indyplanet.com/voluntaryist-origins-iii in print and digital.

You can also get the Origins series on Amazon Kindle here:

Once you’ve finished going through your perk goodies and reading this latest issue, please be sure to join for the continuing adventure over at SubscribeStar!

New pages are already in development and the works-in-progress have been posted.

You’re not going to want to miss out and your support helps me be able to bring new pages to fruition on a rolling basis.

Sign up and continue to bring the message of liberty to the comic world here:

I will be taking a break from Indiegogo for a little while to drum up support for Voluntaryist through SubscribeStar. Eventually though, I will return to Indiegogo when we’re ready to put together print copies of the rest of the Origins story.

Thank you so much, everyone, for believing in me and the Voluntaryist message. Your commitment has helped bring the Voluntaryist comic to a new level of accessibility and quality that will continue from here on out.

You’re the real heroes of this adventure!

Looking forward to accomplishing more great things with you in 2020.

P.S. I forgot to put a link to Actual Anarchy in my “Thank You!” on the advertisers update, so I want to give them an extra note of thanks for their continued support. 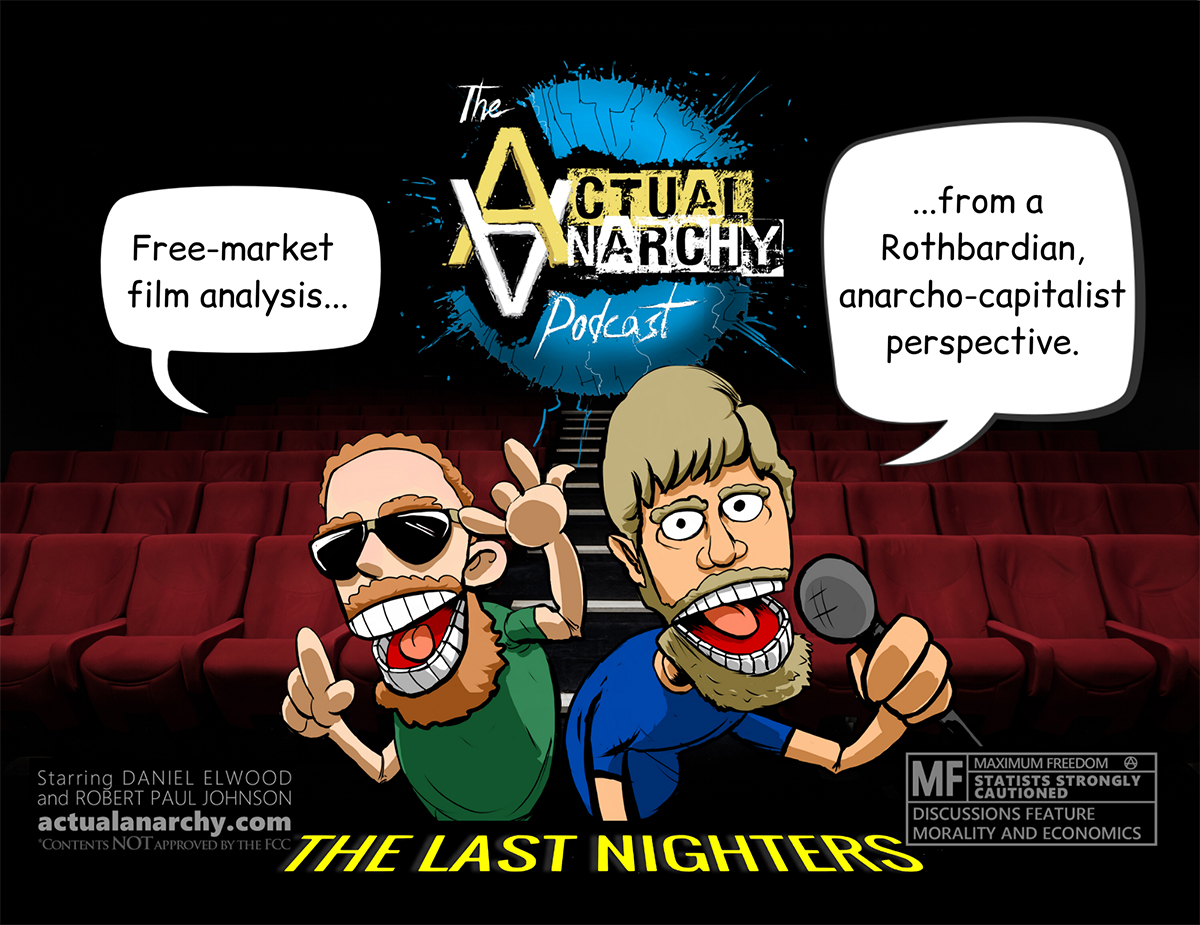 Actual Anarchy Podcast Facebook Group: https://www.facebook.com/groups/140788079791347/
It’s great to see so many people engaging culture topics from a liberty-oriented angle. Thank you, Actual Anarchy, for helping to spread the message of Voluntaryism for a peaceful, more prosperous future!

I wanted to update you on the progress of the comic directly from the production team: 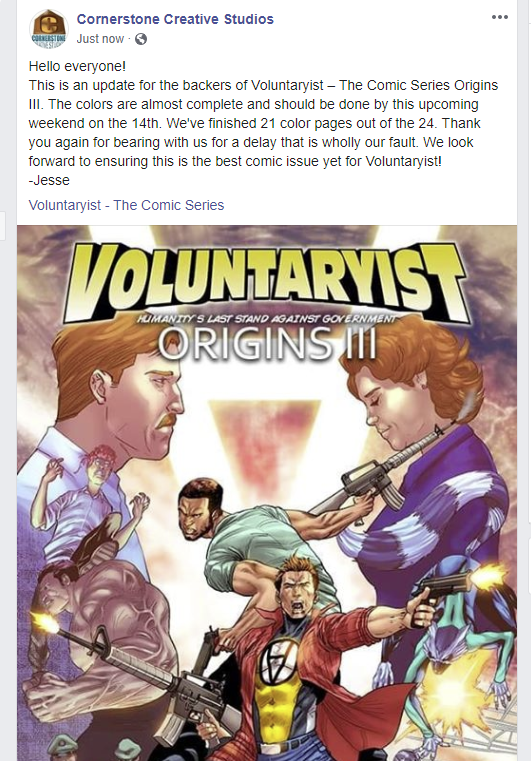 They have been working hard to finish up the last few pages.

With that good news, I want to share with you another teaser with colors: 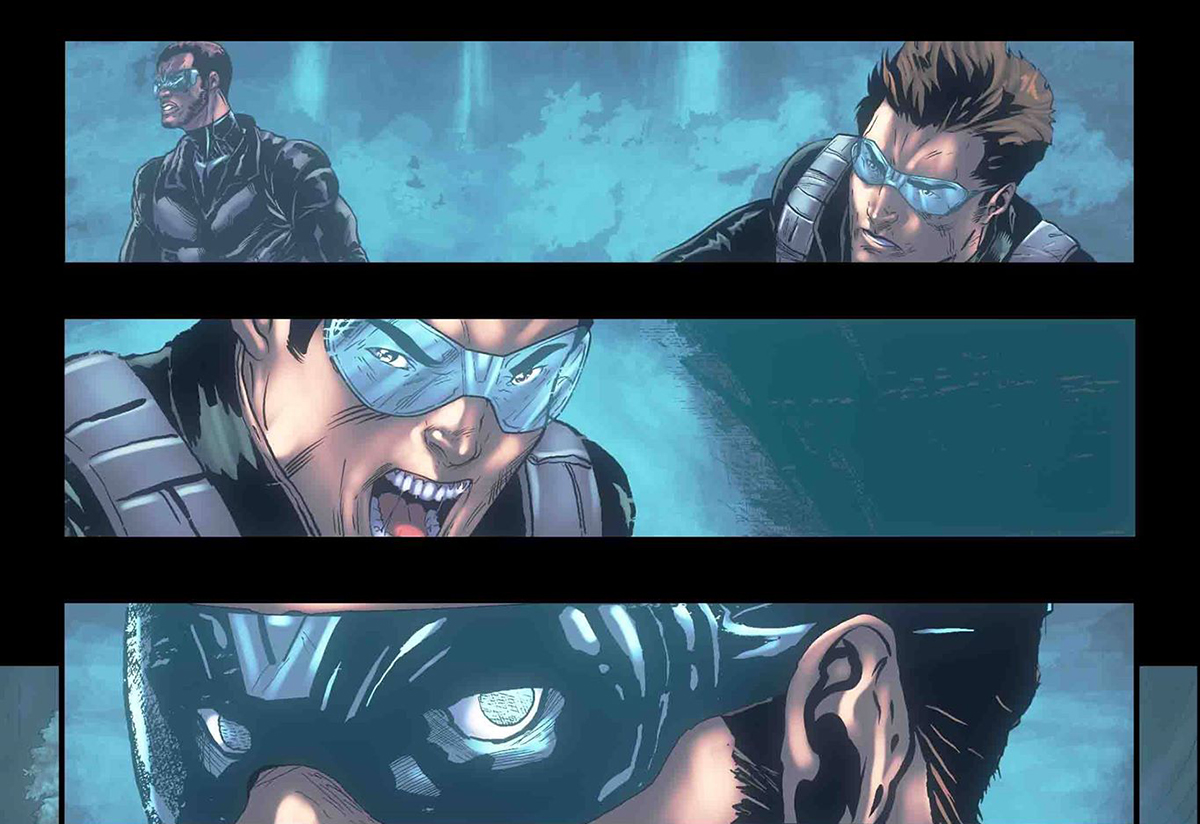 As you can see, the design is really taking Voluntaryist to that next level!

Looking forward to updating you next when the digital comic version is complete and sent out! 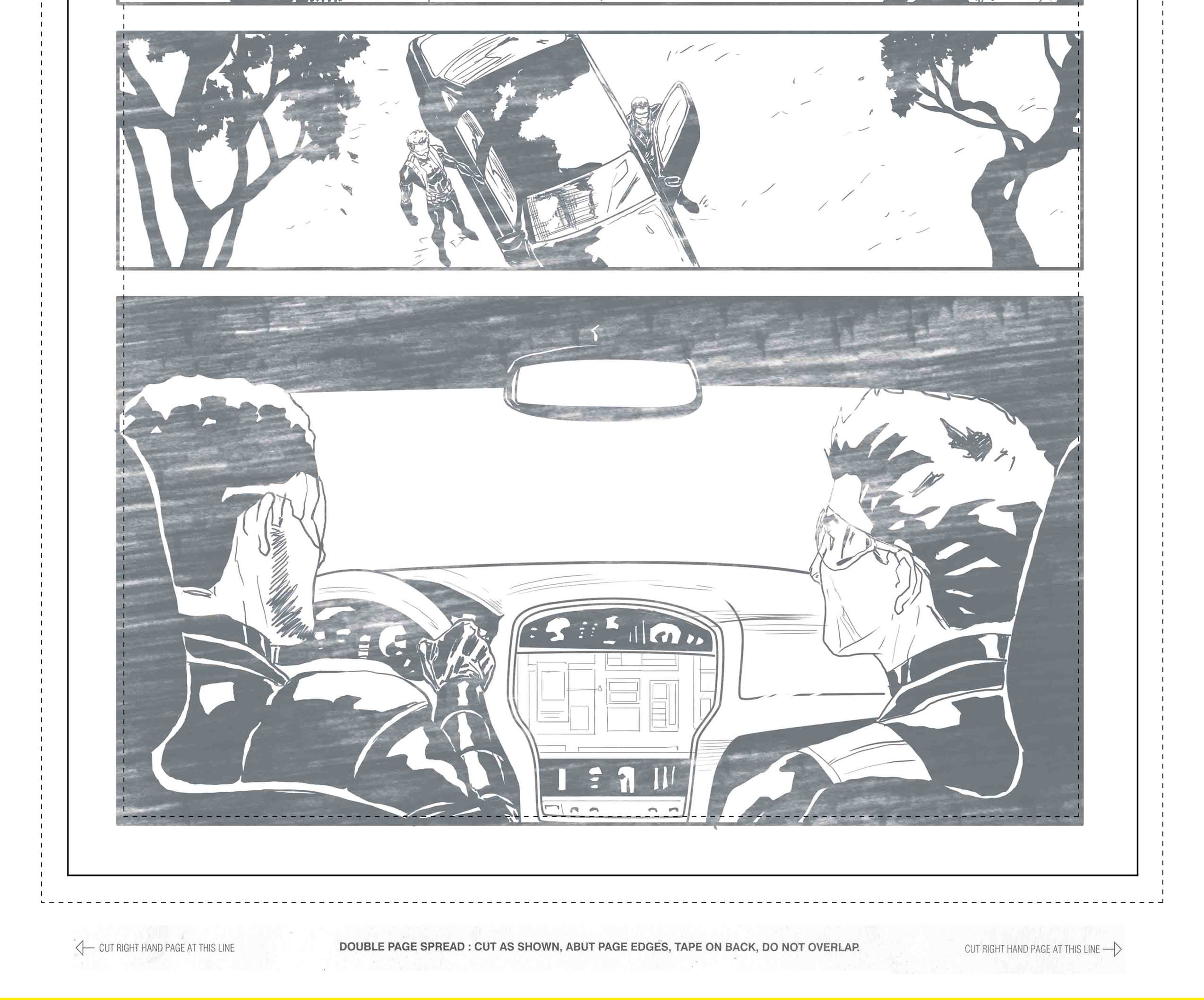 Thank you again for your patience as I know we are behind our original estimated delivery date. Rest assured, I am just as excited as you are to finish the comic and get it into your (and my) hands! The colors and letters are still being worked on and I am ensuring that utmost quality control is being exercised based on the great feedback I received on Origins I. I do not want to give you anything that you would not feel good showing off on a display case or to your friends! As always, I seek to continue pushing forward the quality on the comic production, and hope to continue that tradition with Origins II.

On that note, I have another sneak peek for you, this time, a sneak peek of artwork for the card game prototype! This comic campaign has many goodies coming along with it, so there will be quite a few things to unpack when you receive your perks! 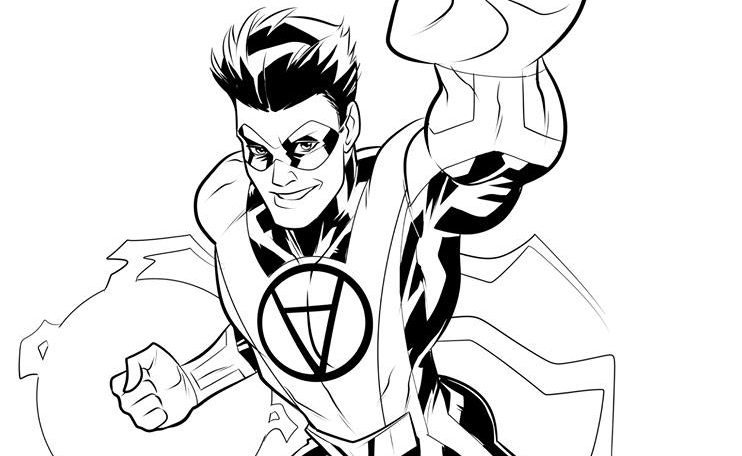 Looking forward to sharing the next update with you revealing a color sneak peek. 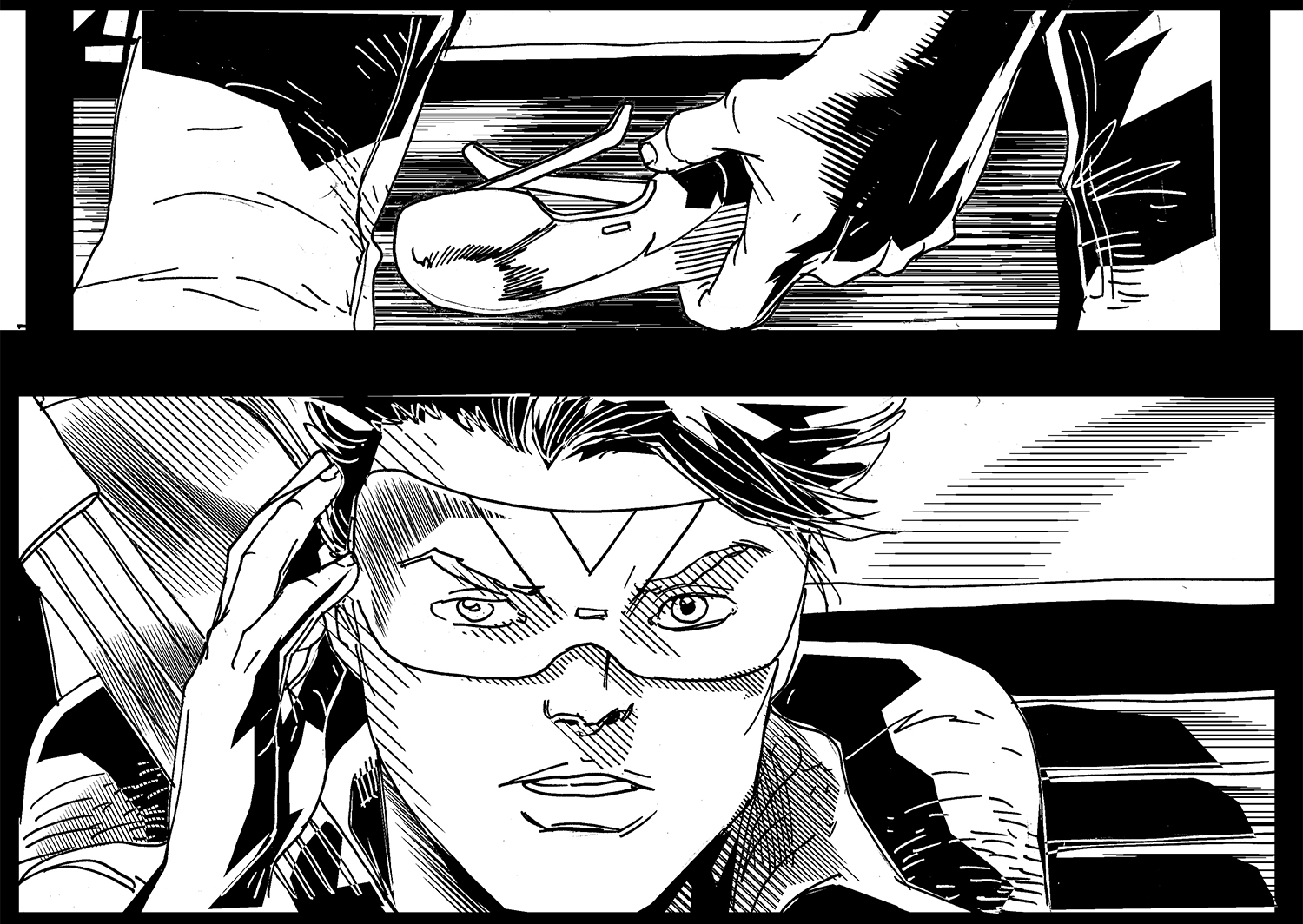 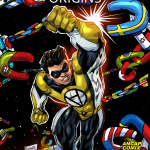 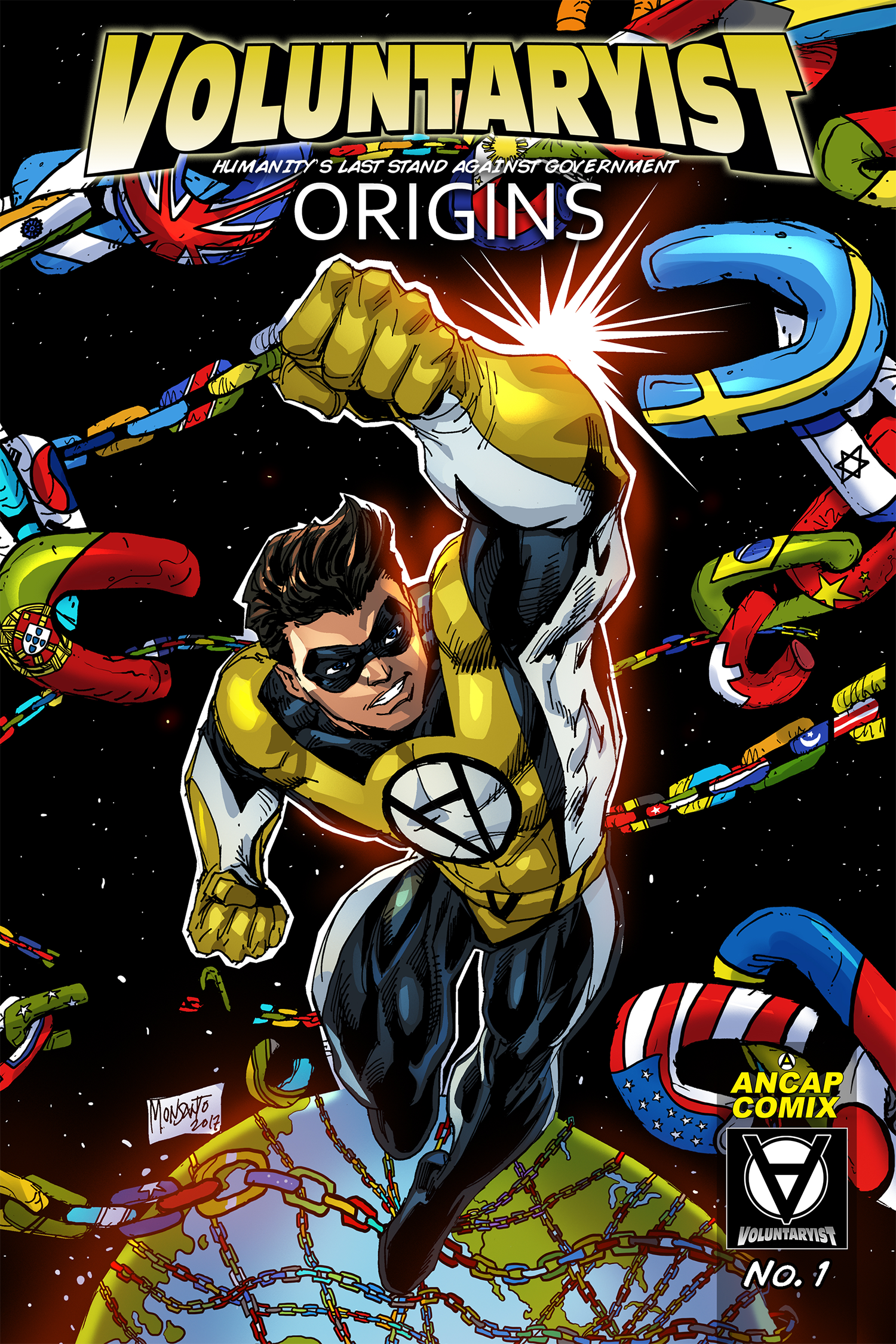 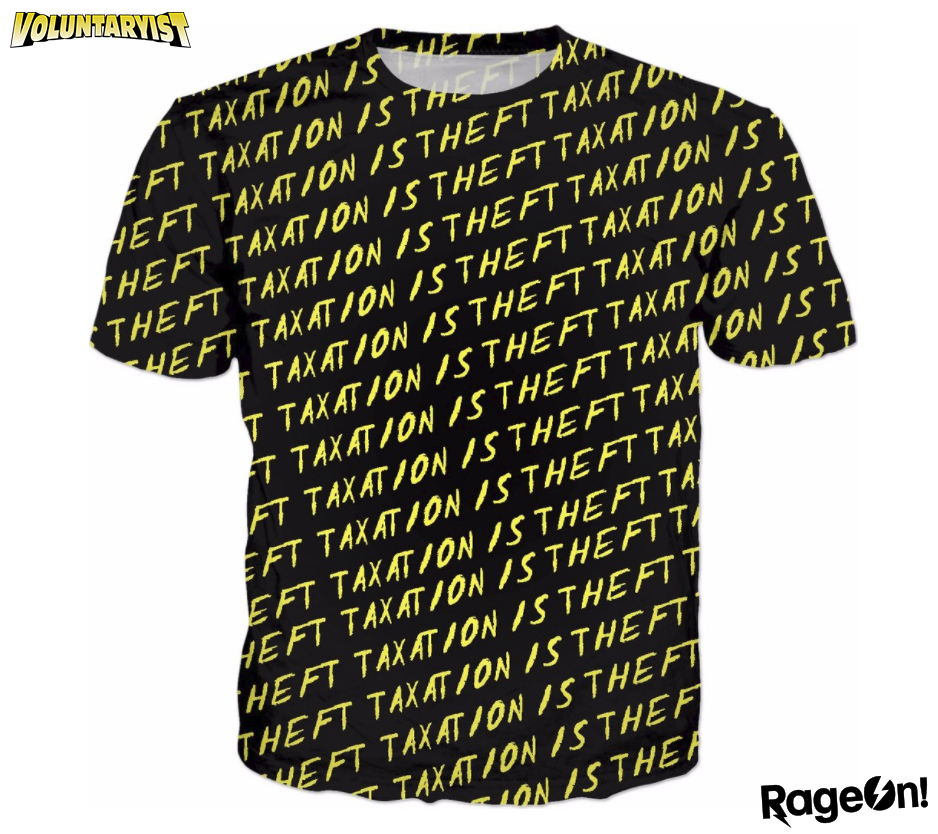 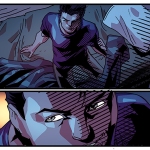 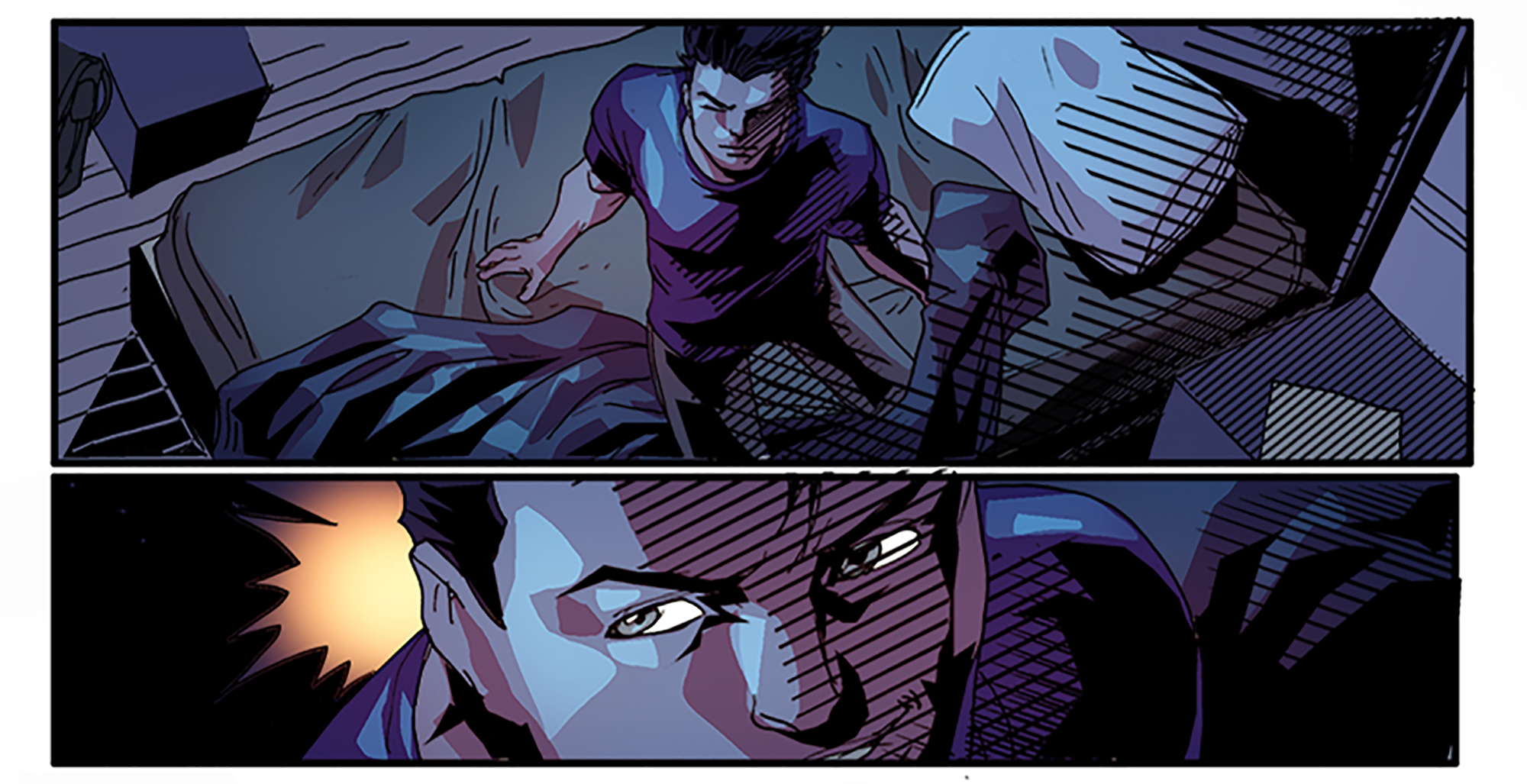 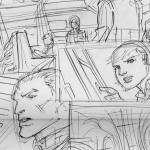 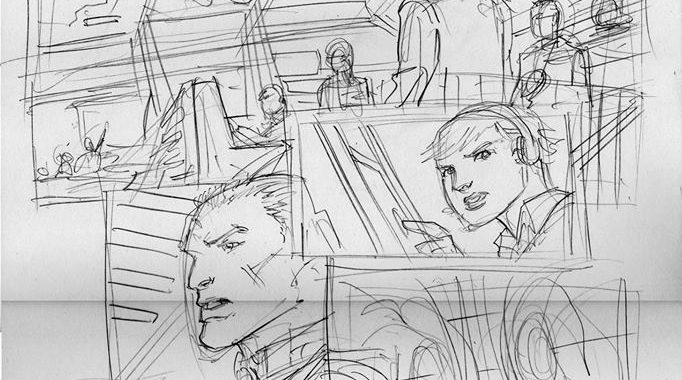 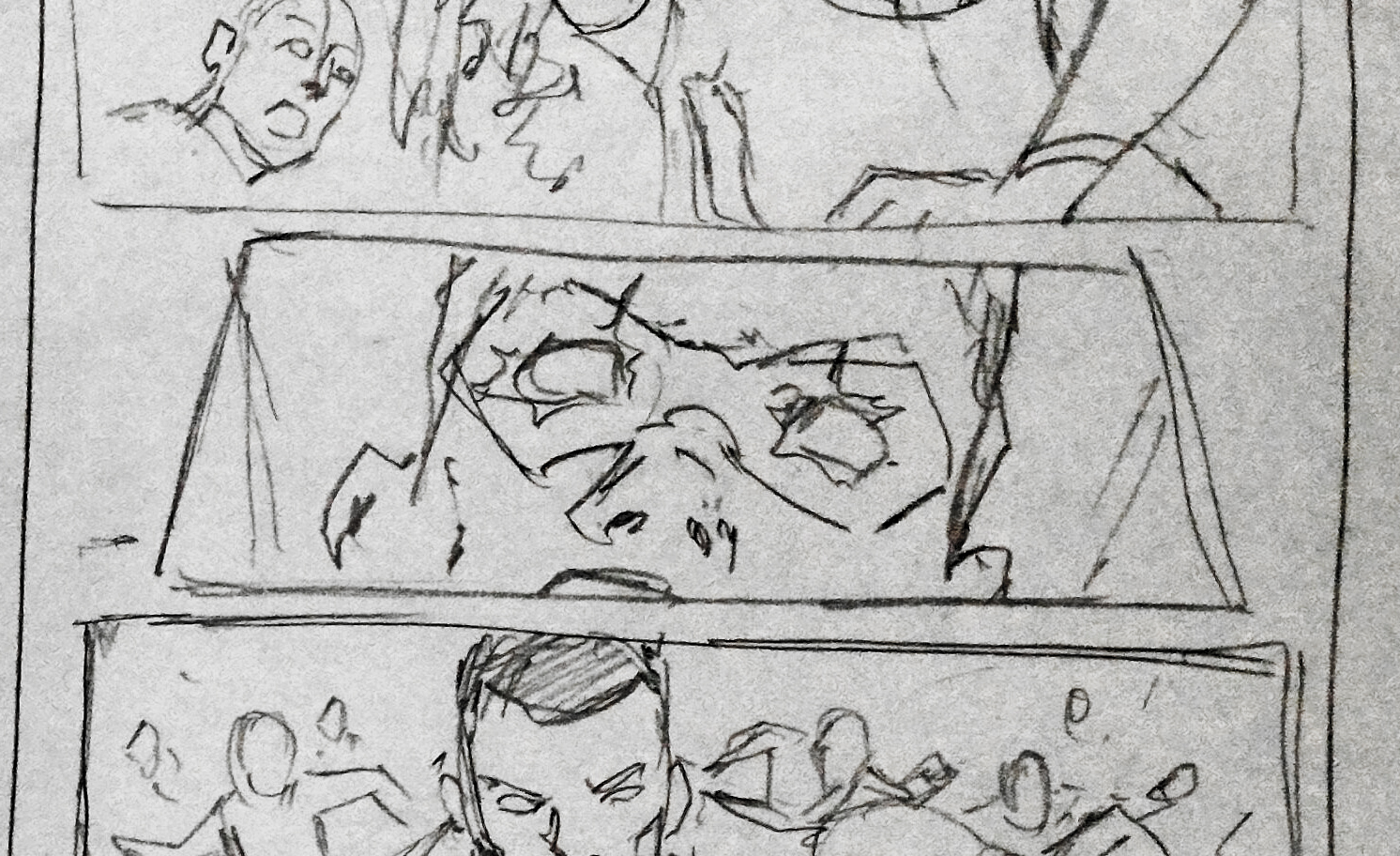 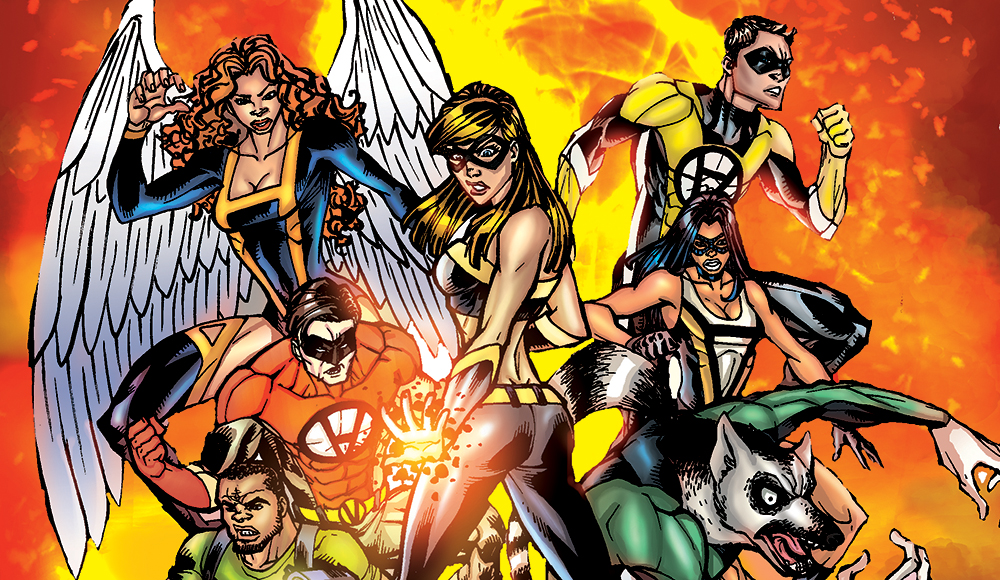