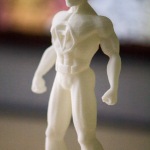 Those of you intrigued by the world of 3D printing and figures should feast your eyes upon our first ever 3D printed Voluntaryist figure. This has been a project several months in the making and we are excited to finally release the prototype miniature.

You can get your own copy at our Shapeways store here: http://www.shapeways.com/model/2960150/voluntaryist-action-figure-3d-model.html?li=shortUrl&materialId=6

Let us know what you think and stay tuned for new character releases coming soon!