Beginning work on the second issue!

Just received the monies for the comic today and am beginning work on the comic’s production. I sent off the storyboard outlines to the primary artist and am ready to make this some of the best content yet!

There will be 1 cover and 4 primary pages, each giving a backgrounder on a new character. I will then be seeing about adding in special sections with additional shorts.

Thank you again for you support! Looking forward in liberty!

P.S. – Perks will start being fulfilled in the coming weeks – so be on the lookout! ( :

Nathan Essex of of The Official Sinister Customs has finished the detail on the first-ever Voluntaryist action figure. We are impressed with the detail and colors! You can own this unique custom too! Check the perk out on the comic campaign: http://igg.me/at/volcomic2/x/3716503 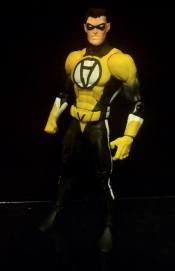