The Voluntaryists Versus the NSA: Saving Snowden OFFICIAL RELEASE

The time has come to announce the official release of the latest comic, “The Voluntaryists versus the NSA: Saving Snowden.” This masterpiece in our lineup is now available for print purchase and digital download at Indyplanet.com. Please click the following link to be directed to the Indyplanet landing page: http://www.indyplanet.us/product/133858/

This was my favorite project to work on so far and I hope you enjoy the story as much as I do. I am itching to get the next campaign going SO, please stay tuned here for next developments coming out for our comic campaign. It will be the sequel to this issue, and I think you’ll want to see what happens next after reading!

Most importantly, thank you for standing for liberty and helping to expose government spying. Edward Snowden deserves great respect and gratitude for risking his life to let us know the truth about the NSA’s invasive programs. His work will never be forgotten. 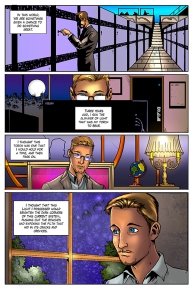 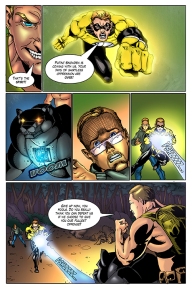 Saving Snowden: The Voluntaryists versus The NSA INDIEGOGO NOW LIVE! 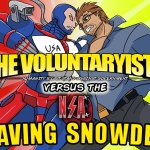 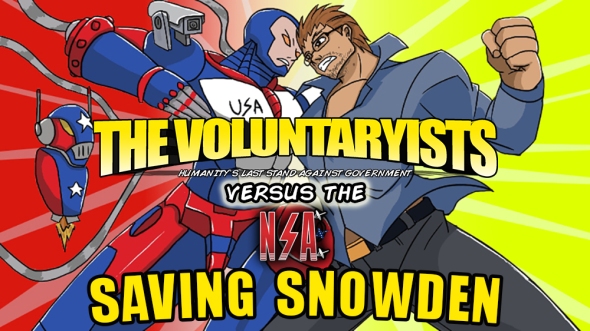 Hello friends! I am excited to announce that the next Voluntaryist comic campaign is now live! Saving Snowden: The Voluntaryists versus The NSA is the next issue out and it’s bringing to light the intensive global government spying perpetrated by the prying NSA.

Hop on over to the campaign page to help bring this next comic to life! https://www.indiegogo.com/projects/saving-snowden-the-voluntaryists-versus-the-nsa/x/952007#/story

Thank you for continuing to stand for liberty. I’m more excited than ever to bring the message of true freedom into new mediums!